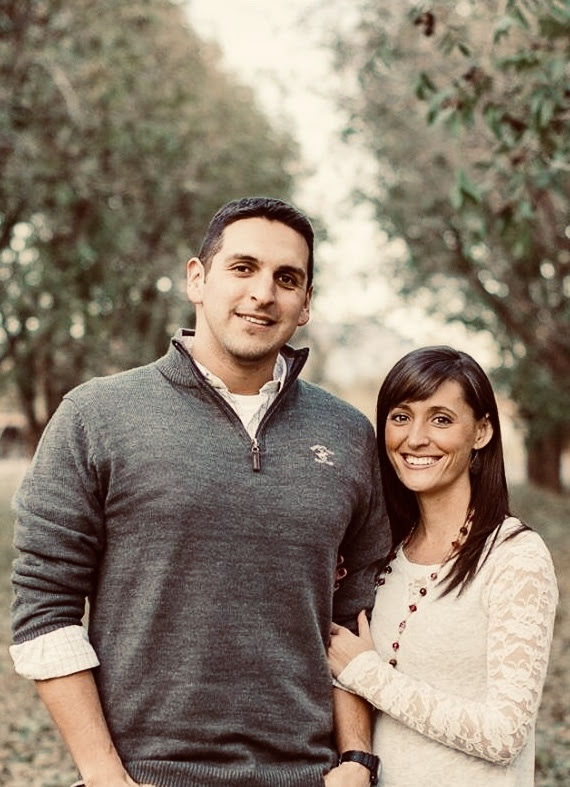 A native of Las Cruces, Justin was born in 1985 to a loving Roman Catholic family. In 2003, at the age of 17, God was pleased, through a friend and classmate who shared the gospel with him, to pull him out of the bondage of sin, the emptiness of false religion, and the snare of seeking salvation by self-righteousness. Not only were his eyes opened to see the offensiveness of his sin and his deservingness of hell, but he also saw the irresistible beauty and saving ability of Jesus Christ, the Son of God.

After his conversion to Christ, he joined a local church where he heard the Bible being taught and immediately acquired an insatiable desire to know and make known the saving truth that liberates sinners and unites them to Christ. Between time at a California Bible College and the encouragement he received from various pastors and churches to pursue pastoral ministry, this desire matured into a longing to preach the word and shepherd God's people. But being unsure of the calling and how to pursue this desire in a way that would result in long-term fruitfulness, Justin and his wife felt it best to relocate to San Antonio, Texas to sit under the preaching ministry of a church whose sermons had been instrumental in their growth.

Upon contacting the church in 2012 to inform its leadership of his desire to move and join the church, one of the pastors inquired of Justin’s background and his current involvement in ministry. What was intended to be a conversation informing the pastor of their plan to relocate to San Antonio turned into a conversation about remaining in Las Cruces to plant a church with the help and encouragement of the church in San Antonio.

After heeding the pastor’s counsel to pray and seek the will of God, it became clear to both Justin and his wife that they were to remain in Las Cruces to plant a church. Grace Community Church in Las Cruces began in 2012 as they stepped out in faith, clinging to God’s faithfulness and unrelenting passion to glorify His Son, while also relying on the power of His Spirit and the sufficiency of His word to save and sanctify a people for Himself.

Justin is happily married to Lanae and they’ve been blessed with a quiver full of arrows (Psa. 127:4-5). Though he hopes to one day serve the saints at Grace Community in a full-time capacity by devoting himself to "prayer and to the ministry of the word" (Acts 6:4), he currently works full-time for Stellar Solutions doing Systems Engineering at White Sands Missile Range. Justin considers it one of the most sobering and joyful privileges to preach, pray, and watch as God saves, sanctifies, and satisfies the souls of His people by the Christ-centered message of Scripture. As time permits, he also writes at www.rejoicewithtrembling.com.

"Who is sufficient for these things?"
–2 Corinthians 2:16